Hey, when did I get old? 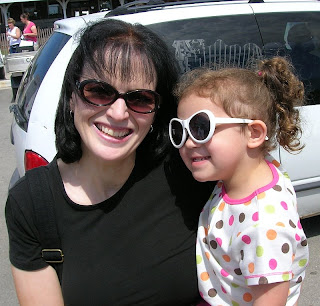 To be sure, there have been signs that I am getting old. I can't sleep through the night anymore without having to get up and pee. I listen to NPR an awful lot. Some of my body parts are getting a little creaky. I refer to college students as "kids." I mean, I don't listen to jazz (yet), but I'm probably headed in that direction.

Today our little family attended a local festival. I was excited to check it out, because I weighed in at Weight Watchers this morning and was feeling a little splurgy today. I felt confident that some deep-fried goodness was surely coming my way. The festival also included rides, music, dancing, a marketplace, etc. We also got there early enough to obtain free tickets for a 45-minute cruise on a tour boat.

Upon arrival we bought some ride tickets. The kid rode a couple of kiddie rides. And then I said this: "Hey, let's ride the Tilt-a-Whirl." P shook his head and mumbled something like, "You guys go ahead." So A and I hopped on. Now, I knew that my stomach is not what it was in my youth, when I could disembark from a roller coaster and go straight back in line to ride it again. But the Tilt-a-Whirl? It's not at all menacing. It's as American as apple pie, right?

Our car spun around a few times and A squealed. She laughed and held the bar a little tighter. The more we spun, the more she laughed. Me, not so much. As we spun faster and faster my stomach began to rebel. "I thought we had an agreement!" it said. I closed my eyes and hoped the ride would end soon. I kept trying to catch a glimpse of the ride operator, who was busy spitting tobacco into a white styrofoam cup. I was looking for any sign that he was going to push a button or pull a lever of some sort and put an end to my misery. P later said that it was just a couple minutes but I felt like three Christmases had passed.

I made it down the metal steps, fighting waves of nausea all the while, and then handed P our remaining tickets. "Take her on the kiddie rides - I gotta sit down." I sat on a curb (to live out my last moments, it seemed) and waved while A went 'round and 'round on some teacup ride. I thought I would just feel like crud for a few minutes and then it would subside. But no. The other two ate fries and cheese curds and I just tried to keep from turning green. Eventually I felt well enough to take the boat ride, but I mostly sat in one spot inside the cabin and sipped a Sprite. By the time the tour was over, I was somewhat back to normal. However, the kid's behavior was deteriorating to the extent that her father announced that he was "done dealing with her."

So that is the story of "the day Claudia found out she is old." If I do start listening to jazz or becoming overly concerned about things like fiber or buffet coupons, I'll let you know. 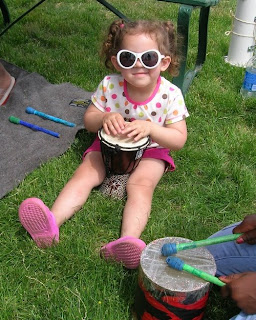 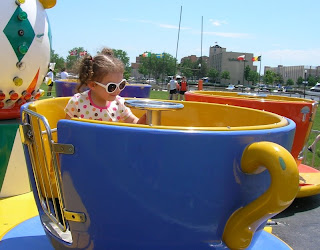 Beth said…
You made it longer than I did! My husband and I decided long ago (even before we were pregnant) that our family would need to borrow teenagers to go to amusement parks with us. Neither of us can handle any more motion than the merry-go-round (or, in Jason's terms "mergy-ground") provides. And frankly, even THAT is a little much!

Anonymous said…
Was thinking the same thing - you definitely made it longer than I did as well. Somewhere in my late 20s I had a episode similar at the fair, and went on something tall that goes around and around, and the little pods on it go around and around as well. Took me about 2 hours sitting on the curb to regain my stomach. It is possible that even the merry go round might be too much for me nowadays.
June 17, 2008 at 6:27 PM