Showing posts from February, 2012
Show all

What to do about very bad people

Lately I've been thinking a lot about good and evil. And retribution and rehabilitation. I know - deep, right? I've been a Laura Marling fan for a couple years now, and I keep thinking of her song "Devil's Spoke."  One line from the song is: "Hold your devil by his spoke and spin him to the ground." And I keep thinking, "Who (or what) is my devil?" As you know, I've been a rescue volunteer for a dozen years now. I've seen firsthand some of the crappy stuff people do to dogs. Last week, our rescue took in an emaciated Boxer who was picked up as a stray by animal control. He weighed just 33 pounds. Keep in mind that the average Boxer clocks in at at least 55 pounds. The three at my house each weigh 60-something. This stray pooch was so thin you could see every vertebra and his hip bones protruded. You could see the dome of his skull in a way that was clearly not normal. It didn't take long before people spotted him on the facility
2 comments
Read more

What? No, that's not a tear in my eye. I have allergies, damnit. 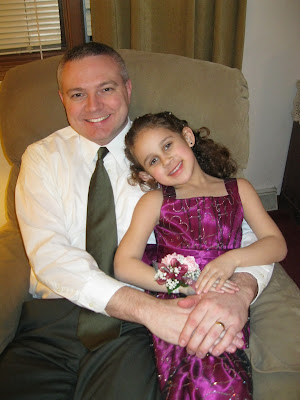 My daughter and her dad attended a Daddy-Daughter Dance this evening. The kid had been looking forward to it for weeks. I did allow her to get a more grown-up dress this year. It was sparkly and fuchsia and fancy - basically, her dream come true.  On Monday I left P a note before I went to work: "Order wrist corsage. Her dress is fuchsia." He looked at the note. "I have no idea what that color means." I nodded. "I know you don't, but the florist will know." Later in the day, he called me at work. "Um, the corsage is for her , right?" I tried to picture my 6'3" ex-Marine husband wearing a fuchsia wrist corsage. "Yes, dear. It's for your daughter."  My husband is very smart in a scholarly way, but sometimes day-to-day stuff seems to elude him a little bit. But, he came through. The corsage turned out to be beautiful and matched A's dress perfectly. After dinner this evening, I helped the kid to get dressed
3 comments
Read more

I received an iTunes gift card for my birthday so of course I was compelled to spend it within 24 hours. I spent some time on iTunes, digging around in the Alternative section, checking out the songs that were recommended just for me, and so forth. And then it hit me: I did not have the song "Rock Lobster" on my iPod. Truly, I was horrified. First off, if my friend Kevin were still alive he would probably run me over with his car (preferably his old-school Geo Tracker) for this sort of infraction. He was a big B-52s fan. Second, just how did I miss this? It seems like Rock Lobster should be a building block of any decent music collection. I did have "Private Idaho" in case I get partial credit for that. So, I bought Rock Lobster. Or rather, my sister bought it for me. Then, as I was making lunch yesterday, I popped my iPod into the radio in the kitchen. I told my daughter she had to come in and dance to the song with me. She was playing games and whatnot online,
1 comment
Read more

That's not what they called it back in the day 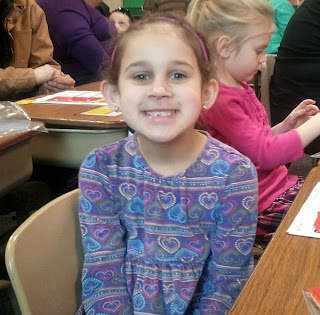 I attended a "Math & Muffins" event at my daughter's school this morning. Parents were invited to join their child(ren) for some math exercises and then to munch some mini muffins afterward. So, I took part of the morning off work and trucked over to the school to pretend I care about math (in the interest of being a good mom and all). There is, after all, a reason why I chose English as my major in college. However, I do want my daughter to care about math, so I've tried not to let my apathy slip out when she's around. When it comes to homework assistance, we have a clear division of labor: P handles math and I deal with the written word. Although I suspect it won't be long before the kid's math lessons are over my head, at this point I'm still able to handle the basic arithmetic lessons she is tackling in the first grade. Therefore, I felt qualified to attend this particular event. The parents gathered in the cafeteriauditoriumnasium and the pr
Post a Comment
Read more 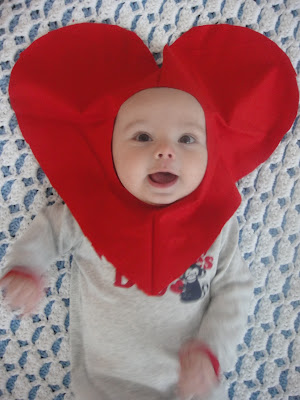 First off, I really need to show you this photo of my four-month-old nephew. My middle sister posted it on my Facebook page yesterday. That photo is the cutest thing you've ever seen, right? A and I are flying out to DC to meet this little guy at the end of March. I am really concerned that that new baby smell will have worn off completely by then. Seeing the photo made my day.  Well, lots of things made my day yesterday, which was also my birthday. It's always amusing to me when people ask, "Your birthday is really on Valentine's Day?" I'm not sure who would lie about the date of their birth (or why). Or maybe my mom, who was a teenager when I was born, somehow falsified my birth certificate because I was REALLY born on [dun dun dun!] February 13th. But anyway, yes, my birthday is really on Valentine's Day. It's legit. And I was legit, too - those crazy kids were married and whatnot. In case you wondered. I got a lot of nice messages on my Facebo
Post a Comment
Read more 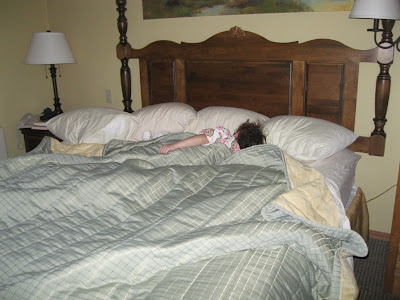 We had a wonderful, relaxing weekend out of town. We stayed at a resort about 75 minutes away. It's quiet and surprisingly inexpensive (since it's the off-season and all). Our daughter did her best to do away with the "quiet" part, though. Her dad and I heard this about a trillion times this weekend: "Can we go to the play area? Can we do go the pool?" She alternated the two questions and then repeated them every minute of every day, except when she was asleep.  For the record, we took her swimming twice (and stayed in there until the three of us were prune-y and waterlogged and our lungs stung from the chlorine). We also took her to the kids' play area multiple times. On Saturday, I took a book along and sat nearby while the kid played with some strangers for a good portion of the afternoon. P also accompanied her to the play area on several occasions, taking his Kindle along and playing poker while A bounced around in the ball pit.  On Saturday after
1 comment
Read more 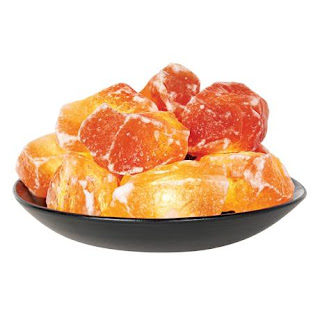 Sorry I haven't posted in a few days. I do hate to disappoint my reader ("hi, Mom!") My kid has been sick all week. Some kind of plague hit the first grade and they've been dropping like flies (almost literally - one of A's BFFs fainted the other day). Her temperature has been up and down all week. I decided to go to yoga on Tuesday night and leave her in the mostly capable hands of her father for a couple hours. When I got home she was sleeping on the couch but I felt like I should wake her up and take her temperature (it had spiked to 103.2 earlier in the day). She scared me a little because I could not seem to rouse her. I kept saying, "Sweetie, I just need you to put this under your tongue." Finally, she opened her eyes halfway, grabbed my forearm tightly, started to cry and said, "Mom, I need . . . FRIENDS!" She was just completely incoherent and sweaty and weird. She still has a cold but seems to be on the mend now. Getting medicine down
1 comment
Read more 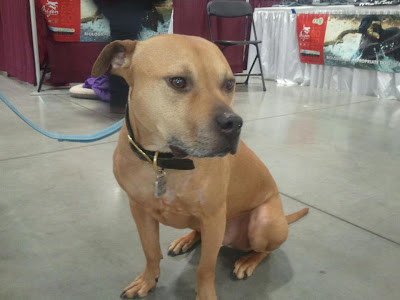 In my last blog post I mentioned that I worked at a pet expo last weekend. I love pet expos. There are tons of rescues, vendors, and other animal-related stuff all in one location, giving me the opportunity to buy dog-related products that I don't really need. One benefit of being an exhibitor at these events is that we can scope out the booths before the expo opens, which is exactly what I did on Saturday. And that's when I had the opportunity to meet a handsome fellow named Hector. Hector is one of the pit bulls rescued from Michael Vick's property a few years ago. Hector was adopted through Bad Rap . Many of the "Vicktory" dogs were evaluated, rehabilitated, and then placed through that organization.  Some of the pit bulls, although people-friendly and well-behaved in general, were so conditioned to fight that they could could not be placed in adoptive homes. However, they are living out their lives at Best Friends Animal Sanctuary  in Utah. Not a bad deal c
2 comments
Read more

Taking one for the team 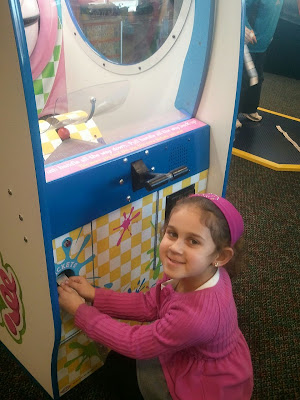 I took my daughter to Chuck E. Cheese's this afternoon. I was feeling a little guilty because I was gone for part of the weekend (sans child) and wanted to make it up to her. I worked (well, volunteered) at a pet expo on Saturday and spent the night at my friend Kathy's house on Friday. As a matter of fact, I had to leave my niece's birthday party early on Friday, so P got his fill of single parenting this weekend. I figured I'd take one for the team and head over to Chuck E. Cheese's on Sunday afternoon after church. We never eat the pizza there - we just play games, exchange our tickets for worthless crap, and then head back home. Chuck E. Cheese's is located almost within spitting distance of our house. I'm sure you realize that this is a very bad thing. I actually had my daughter convinced that the joint was "under construction" and "very definitely closed" until she was around four years old. "But, Mama, there are CARS there!&qu
4 comments
Read more

February 01, 2012
The tooth came out. Now I can go back to worrying about other pressing matters, such as: is there something weird about Drake's hairline or is it just me? I packed lunch for the kid yesterday. Her Hello Kitty thermos contained three vegetarian "chicken" nuggets (and some ranch dip on the side because God forbid a child should eat naked food). She told me that she bit into a nugget and the tooth popped right out. A teacher in the cafeteria swiftly gave her a "tooth necklace" - basically a plastic tooth-shaped receptacle (with the newly liberated tooth inside, of course) that she could wear on a string around her neck for the rest of the day. I suspect that the school must have to dole out those necklaces to the first graders on an almost hourly basis. My daughter's classmates all look like jack-o-lanterns. I asked her if it hurt and if there had been blood. "It didn't hurt. There was just a little bit of blood," she told me.  "The blo
4 comments
Read more
More posts