Showing posts from March, 2015
Show all

One month back at the ol' dub-dub 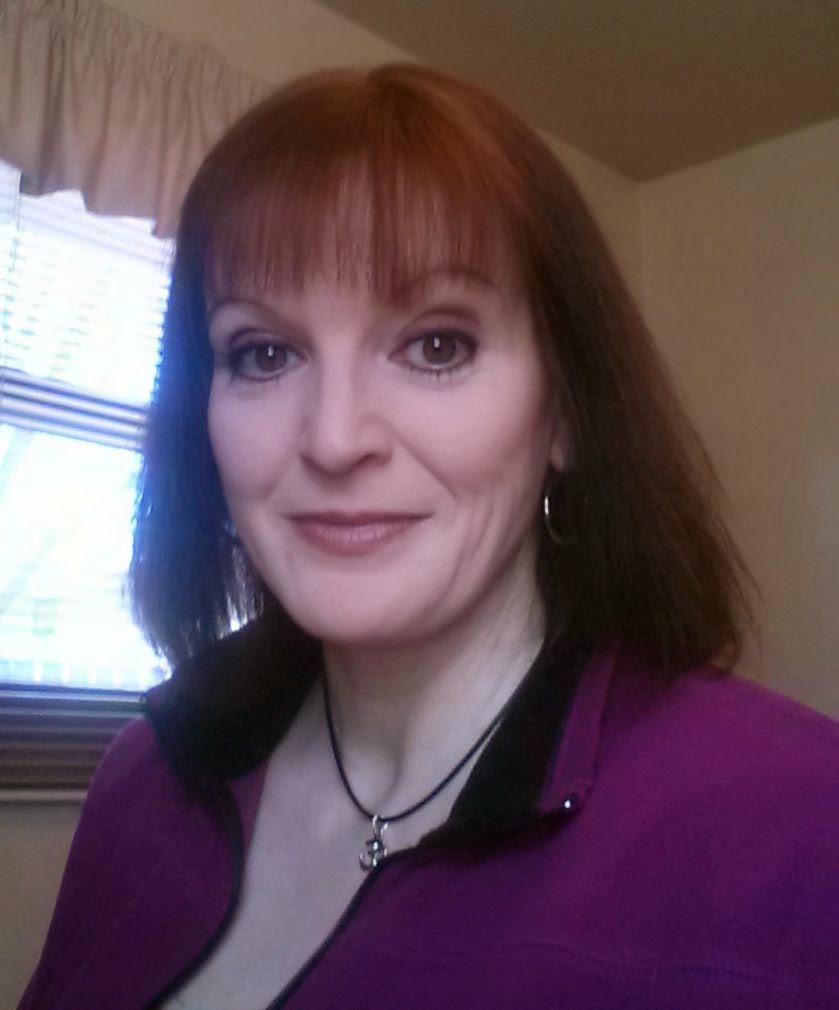 I've been back at Weight Watchers for one month. I've attended five meetings in a row. My plan is to attend a meeting every week until I leave for vacation in July. So far, so good. I had a good week last week. I bought a new cookbook and am trying out some new recipes. I've also been working out more than usual. My motivation is pretty simple: I just want to fit into some shit this summer. Also, the kid and I are running/jogging/walking a 5K in May. We may also run/jog/walk a 10K in June. I've lost nine pounds this month. No, don't congratulate me. I've lost and gained these pounds a hundred thousand times. Being in a losing mode is much better than the alternative, though. That much is true. Lately I've also been watching "My 600-lb Life."  Have you seen that show? It's hard to watch, for several reasons. One is that it's like seeing a ghost. For anyone who has struggled with weight, you can almost convince yourself that if you have
1 comment
Read more 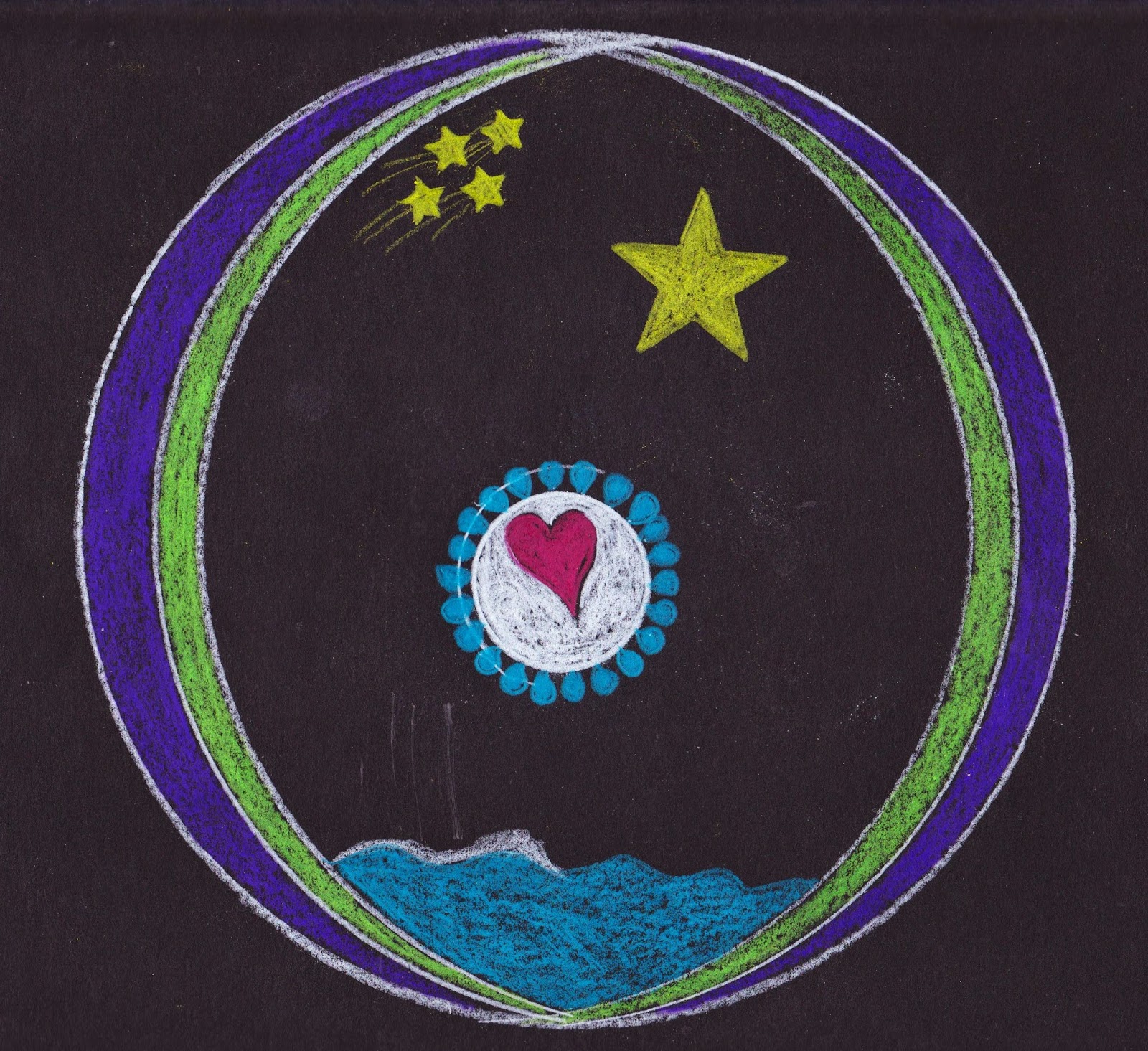 A friend of mine is in training to be a Mandala facilitator. She held a class at our church on Saturday night, so I signed up. I was curious about Mandalas and plus, she mentioned that "no art skills" were required. I clearly have no artsy-fartsy skills, so I decided to give it a go. Before the class, Jean asked the participants to think about something they want to let go of or something on which they want clarity. Lately, I have been struggling with a lot of anxiety and a little bit of anger. Well, the anxiety is nothing new. That's been a life-long issue. In fact, before the class, my thoughts were like this: "How long will the class take? Will it end on time? Will the house be a wreck when I get home? Will my husband remember to tell the kid to put her headgear on? What should I wear to church tomorrow? Do I need to iron something? The class is $25 - should I bring cash or should I write a check?" When I got to the class, I sat down and suddenly thought
3 comments
Read more 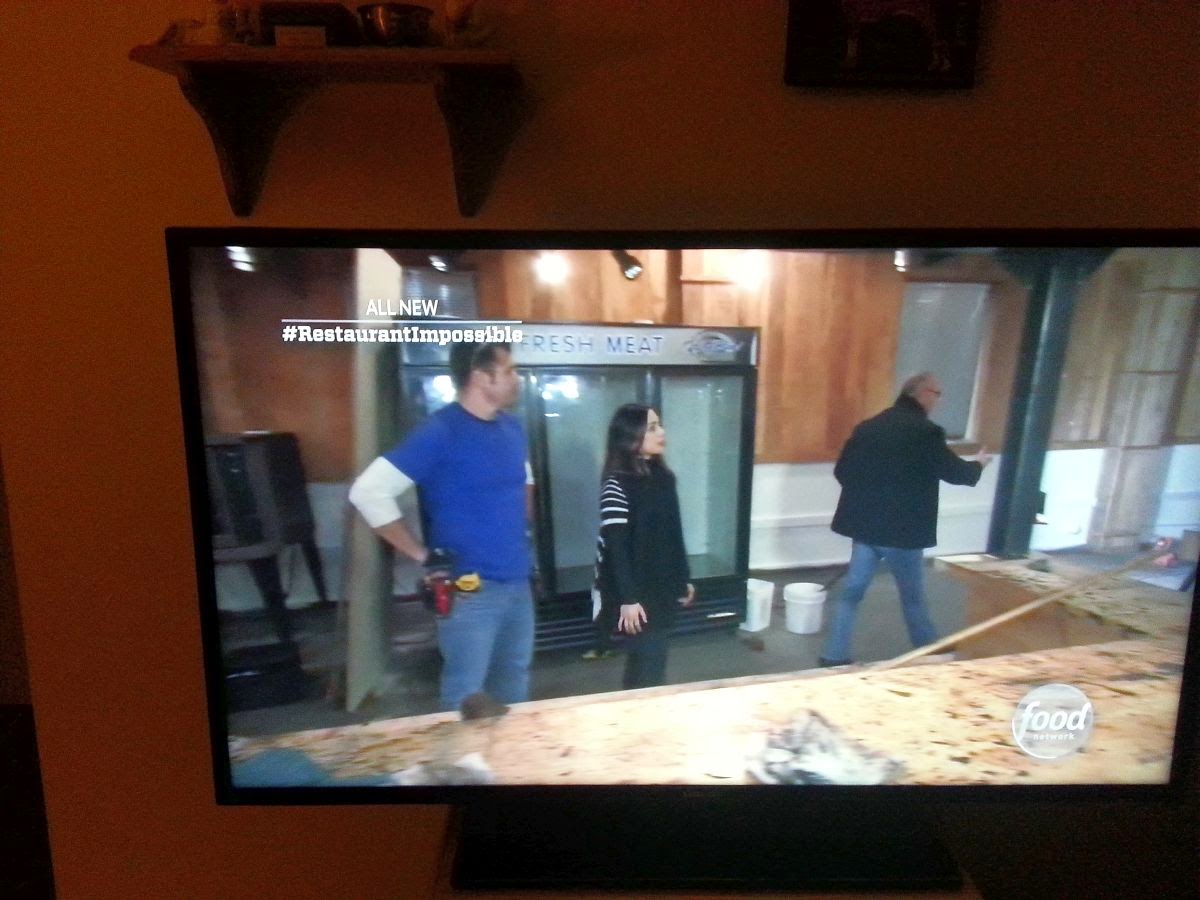 My other half got a bonus at work. Once taxes and his 401k contributions were deducted, it wasn't a huge amount. However, it was enough for a brand spanking new TV. He asked me to do some research first. My main method of doing research was to ask my co-worker Suzi what TV we should buy. She pointed me in the right direction - name brand, smart TV, 1080 resolution. Doing the research ahead of time was helpful because when we went to Best Buy on Tuesday night, we were in and out in less than five minutes. We bought a Samsung 50-inch Smart TV. We ran into one snag after the purchase which is that we couldn't fit our daughter and the TV in the back of my car. We thought about leaving her at Best Buy but I guess the law frowns on that sort of thing. So, she briefly had to sit in the front seat with her dad on the way home. I took the back roads home lest a friendly police officer might see us. When we got home, P managed to set up the TV in the living room with minimal cussing.
2 comments
Read more 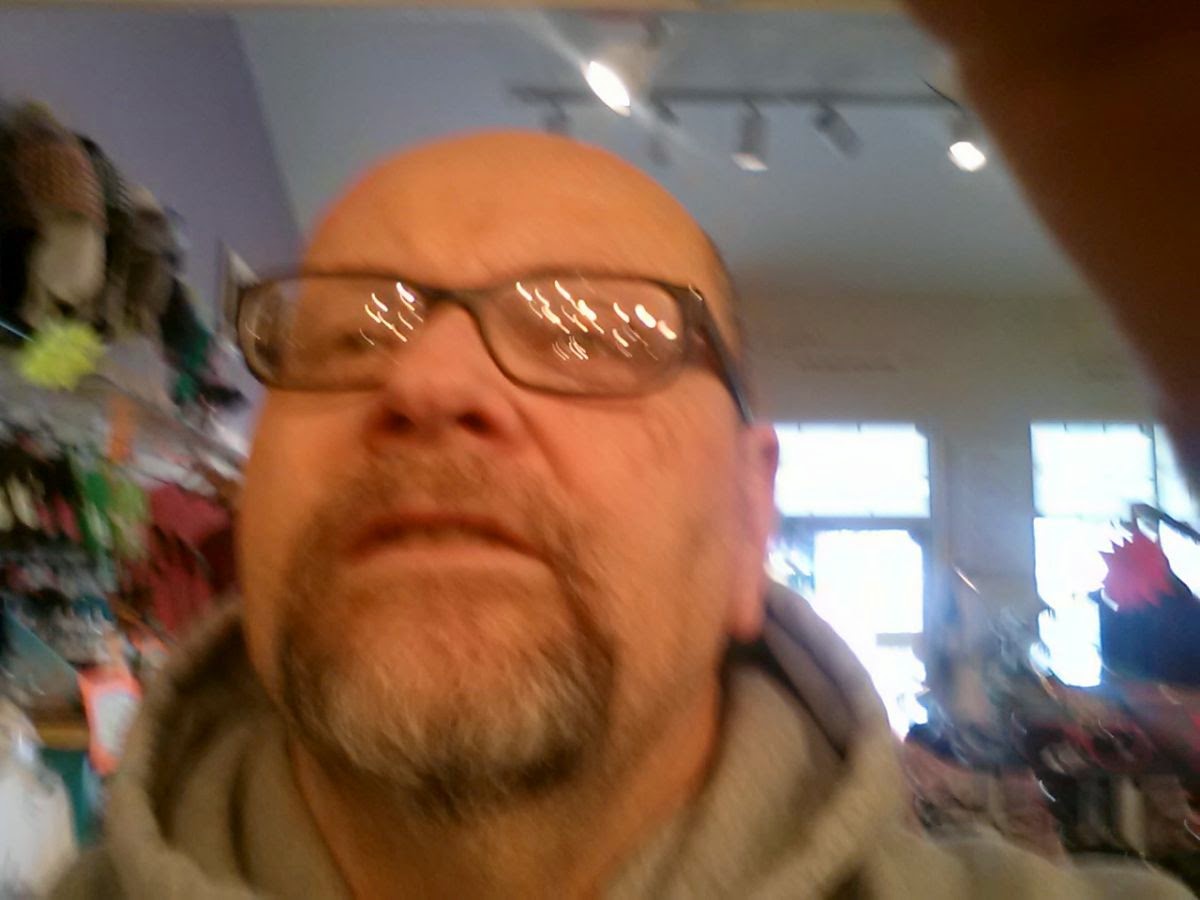 I was fortunate to have the opportunity to attend a little getaway weekend with some of my fellow rescue volunteers. It was a chicks-only sort of thing.  There were eight of us. Some of us didn't know each other that well (we live in different parts of the state), so it was nice to have an opportunity to get to know everyone a little better. We all have Boxers, so of course we have something in common right off the bat. I've been feeling really down lately so I was glad for the opportunity to get away and do some fun stuff. I got up early on Saturday (because the dogs say it is against their religion to let me sleep past 5:30 a.m. even on a weekend) and went to Weight Watchers at 8. I knew it would be chilly yesterday, but I also needed to wear lightweight clothing. If you've ever been a member of Weight Watchers, you get what I'm saying. I mean, I will blow my nose and take out my contact lenses if I think it will help me on the scale. Anyway, I wore leggings. I ment
Post a Comment
Read more

When the dad is out of town, the estrogen can flow freely 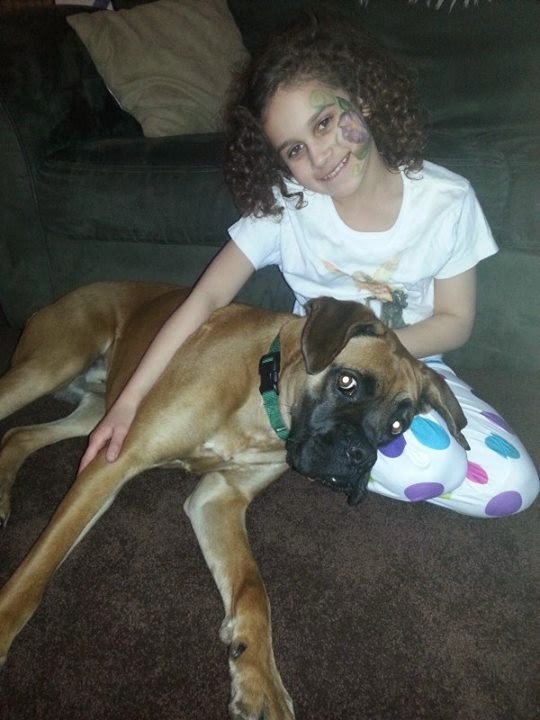 "Mom, how long do we have to listen to this?" "Listen to what?" "Your music." This was accompanied by a wrinkled nose that seemed to liken The Smiths to broccoli or asparagus. So it was that my daughter and I spent the weekend together last weekend. Her dad was out of town on a "guys' weekend." He was asked to bring poker chips and condiments. I quizzed him about it because I was suspicious about the industrial-sized containers of mayonnaise and ketchup he had purchased. Part of me wondered if perhaps had been asked to bring condoms and he had misunderstood. All I knew was that my competition for the use of the living room television was temporarily reduced.  I let her have it on Friday evening as I had other stuff to do. The little Minecraft addict can play for hours. Normally, on Saturday mornings, I get up and go to the gym or to yoga, run errands, hit the farmers' market, etc. Often, it's nearly lunchtime when I return h
Post a Comment
Read more

As my daughter's 10th birthday approaches, I can't help but think, "What was I doing ten years ago?" Anxiously waiting for a curly-haired hurricane to make landfall, that's what. In the summer of 2004, my husband and I started filling out adoption paperwork. We would fill out a pile and then mail it off to the agency. Then they would send us a new pile, and so on it would go. We had to have criminal background checks and physical exams.  Once we were done filling out paperwork, we had to wait for a spot in the pool. The agency with which we worked only accepted a certain number of waiting families into its active pool of applicants.  They have a rough idea of how many placements they do each year, so I guess there is no point in accepting applications from a gazillion couples/families at a time. By early 2005, we were done filling out paperwork and were accepted into the pool. We were elated! The next step was to create a scrapbook about our lives. That endeav
1 comment
Read more 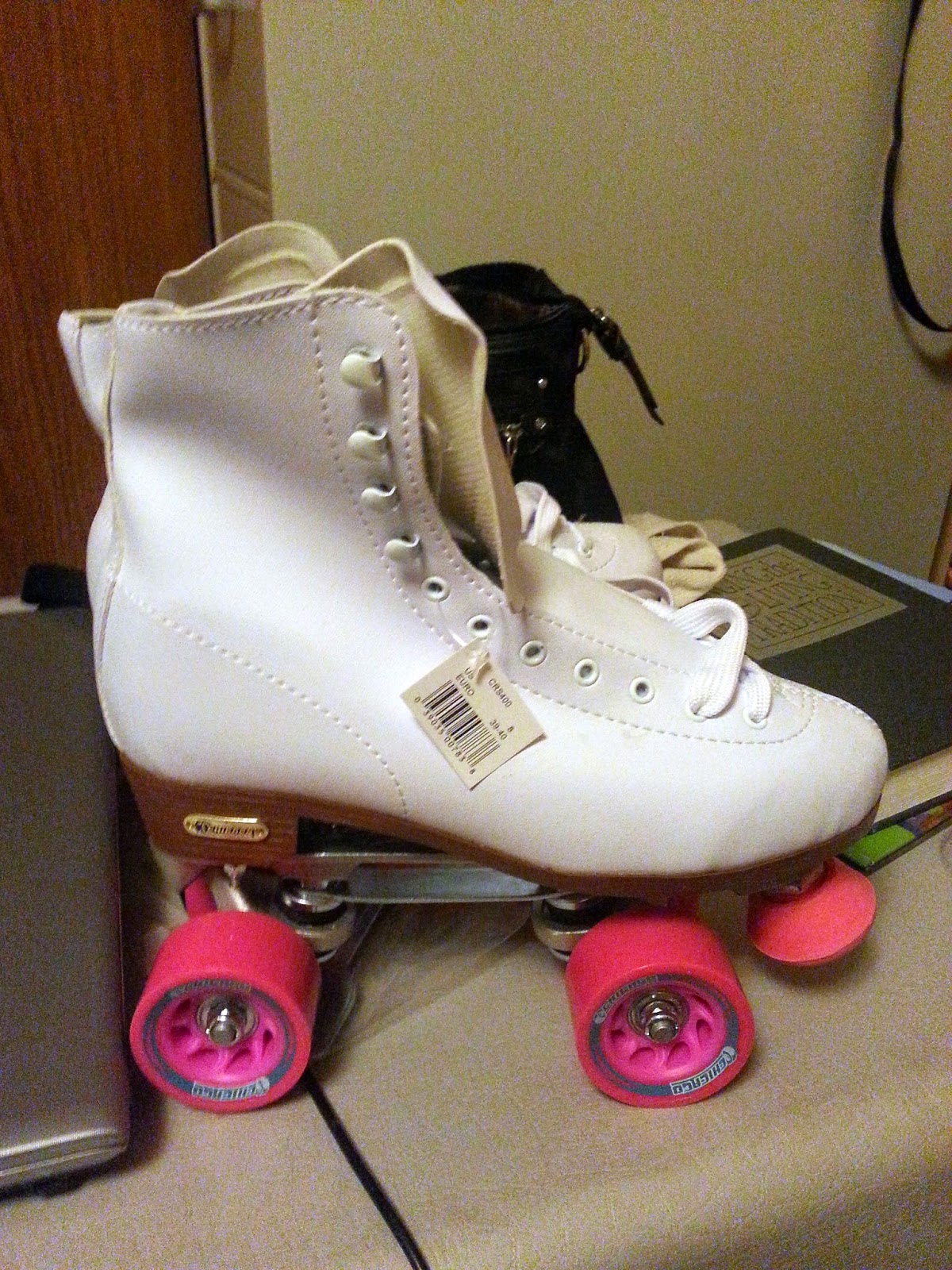 I dragged my sorry ass back to Weight Watchers on Saturday. It was a bit daunting, but my leader (who is also a friend) welcomed me with open arms. Literally. I lub her. So, I'm back to tracking and am trying to, once again, reduce the width of my self-destructive streak. Last week, I completely botched two vegan recipes. One was a pasta recipe and the other was vegetable soup. Normally, I'm a halfway decent cook but I got too adventurous and made some mistakes. However, I also made vegan chocolate chip cookies last week and I must say . . . they were spectacular. I've perfected them, man. I don't know what it says about me, though. Instead of learning to live without baked goods when I went vegan, I promptly found a workaround. I also know how to make vegan brownies and several varieties of cookies. That tells just you how determined I really am. As a vegan, the list of stuff I can't/won't eat is pretty long. I also have a food allergy (flax) so that knocks m
Post a Comment
Read more
More posts