Showing posts from October, 2016
Show all

Grandma, what big eyes you have! 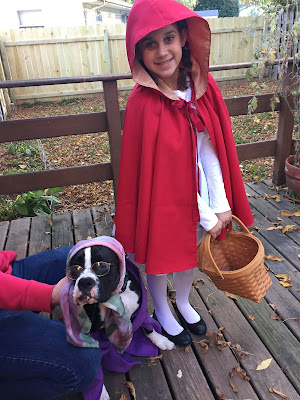 My mom made this year's Halloween costume. Grover is playing the wolf/grandma. I bought him a granny wig but the jerk won't wear it.  It took about 43,000 treats just to get these photos. Happy Halloween, ya'll.
Post a Comment
Read more 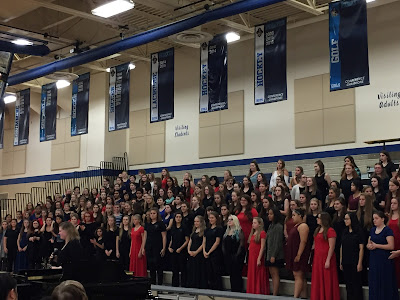 Sometimes I see parents huddled on the sidelines of a soccer field on a blustery Saturday morning and I think, "Oh, thank God my kid doesn't play soccer." My girl doesn't play soccer or volleyball or basketball. Nope. She sings. And sings and sings and sings.  She sings so long in the shower that she sets off the smoke alarms with the volume of steam cascading out of the bathroom. Lately, I feel like I spend all of my time driving her to rehearsals, driving her to performances, keeping track of rehearsal/performance schedules, and making sure she's wearing the right stuff to the right performance. She's in two choirs - a girls' touring choir (representing our city) and a show choir at school. For the past six weeks, the show choir has been rehearsing four days a week. Fortunately, the touring choir only rehearses on Sundays, but the duration will increase a bit as we get closer to the big concert in December.  My mom is flying in for that show - she is g
Post a Comment
Read more

When I arrived at work last Wednesday, I saw a meeting request from my boss as soon as I logged in. Mandatory company meeting at 8:30 AM. The new guy in my department asked me, "What usually happens at these company meetings?" "I wouldn't know," I said, "Because we've never had one." At that point, I basically knew what was happening - the company was being sold. All the signs had been there - closed-door meetings, sudden changes in routine and policy.  As I sat at my desk and waited for the meeting to start, I felt rattled. I'd been through this sort of thing before and it's scary. I remembered a friend telling me about a local insurance company that hauled everyone into a meeting and then packed up their desks while they were in there. I nervously IMed back and forth with a co-worker: "Do you think we'll have to pack up our own desks?" I asked. When the meeting started, we all sat in the conference room and stared at a
Post a Comment
Read more 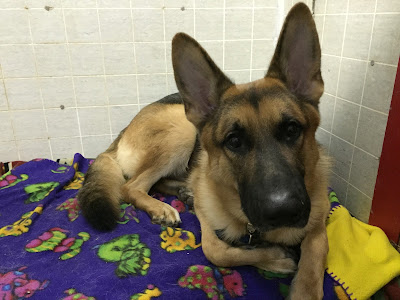 AAAAB+.  Those are my daughter's current grades. I felt it was only right to post that update because she is not too happy with me for telling people that she had missing assignments.  One of her friends mentioned it at school and I guess she was pretty embarrassed. I realized that I do need to be more careful about the information I share about my child. She is getting older now and is more aware of these things. I do like to reach out to other moms for support sometimes, though. I have known the same group of May 2005 Babycenter moms since, well, 2005.  These are the same moms with whom I compared notes about when to start my infant on cereal. As parents, we often experience the same challenges at roughly the same time. The good news is that my daughter is not the only one who has struggled with the transition into middle school. Now that I know she needs more hands-on help with keeping her organized, I am trying to do just that. She is caught up on missing assignments now. I a
Post a Comment
Read more
More posts