Showing posts from September, 2017
Show all

Let me tell you about this amazing woman I know 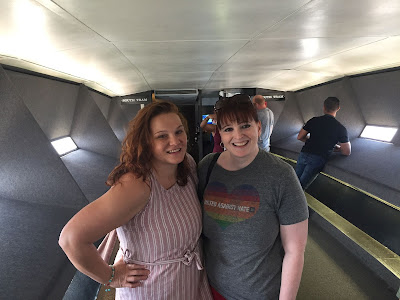 “It is because I think so much of warm and sensitive hearts, that I would spare them from being wounded.” ― Charles Dickens, Oliver Twist  My youngest sister stepped out of the truck, a dying butterfly held gingerly in her hand. "I found him at the gas station," she said. "I didn't want him to die there." I hadn't seen her in a year and was anxious to hug her. Our two families met in St. Louis last week (which is roughly halfway between our home and theirs) for a long weekend. My brother-in-law was competing in an enduro bike race while we were there, too. I gave her a quick hug and then she deposited the dying butterfly, its torn wing rippling in the breeze, on a grassy patch near the hotel where we'd spend the next three days in adjacent suites. Her three boys tumbled out of the truck right after she did. My brother-in-law was already inside the hotel, getting checked in. I subjected my nephews to hugs and noogies. We settled into our suites.
Post a Comment
Read more
More posts