December 16, 2013
Our church held its annual inter-generational Christmas service yesterday.  This service is fully carried out by the children of our fellowship. It includes a Christmas-themed skit, which is always adorable. You can usually count on at least one wardrobe malfunction or something that does not go as planned.  This year's story was "The Christmas Cobwebs," the tale of a poor cobbler and his family, and how they learn the meaning of Christmas.

It seems like just yesterday that my daughter was one of the toddlers in the annual production, wandering aimlessly around the stage, knocking over props.  The wee ones are usually given bit parts as angels or something along those lines.  Now that my daughter is a very mature eight-year-old, she was given a big part this year: narrator.  It was her job to stand at the podium and read all the narrative parts of the play.

When she was practicing her lines at home, I reminded her of the importance of speaking clearly into the microphone. The kid is normally very outgoing but has been known to get spooked in front of a crowd.  There is a Subway restaurant near our church. I told her that the people waiting for their foot-longs at Subway should be able to hear her. "Who is that amazing child with the spectacular oratory skills?" they will ask.

I needn't have worried. My kid could scarcely be seen over the podium, but she read her lines like a champ. All you could see was a Santa hat poking up behind the microphone (and she was even standing on a box that we keep back there for shorter speakers). She also helped out during other parts of the service. She lit candles for some of our members during the "candles of community" portion of the service. She is not allowed to have any involvement with fire at home, but she lit those candles like a pro.

I was astounded.  Because of her height, people often guess that my daughter is around five.

Now, how do I go about getting Miss Maturity to put her plate in the sink when she is done eating? 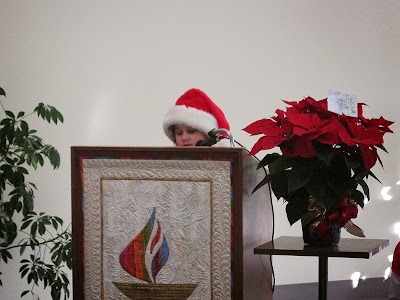 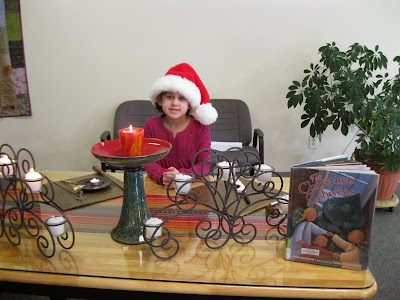 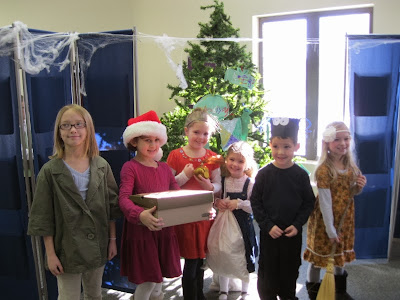