Hardware installation (Subtitle: "Just yogurt for me, thanks") 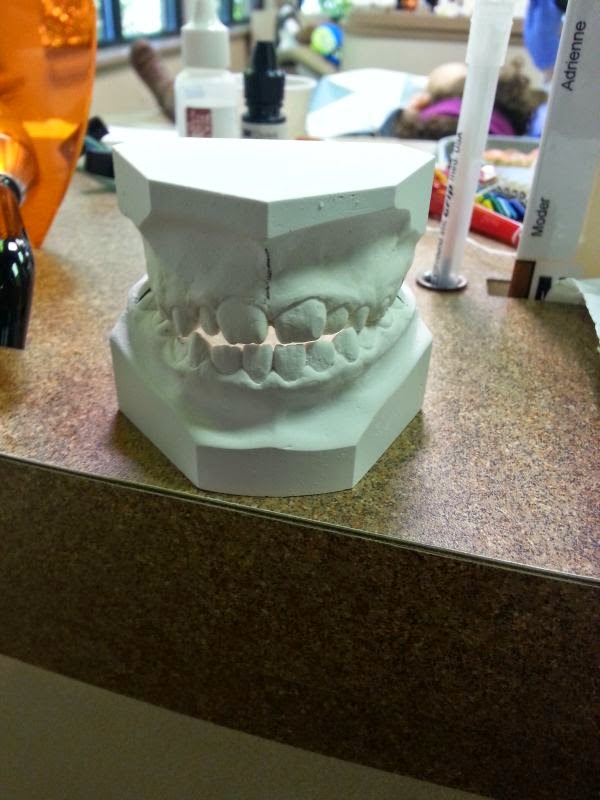 Our daughter had her big trip to the orthodontist this afternoon.  P picked her up from school and then I met them at the orthodontist's office. I got there first. I could tell as soon as the kid walked in that she was really nervous. So, I held her in the waiting room until it was time for her to go in. When her name was called, her dad and I went back with her.

At first, A was determined not to talk to the person who was fitting her with the palate expander. I must apologize because I'm not sure what that person's job title is, but she was very nice. She was a pro at getting a scared fourth grader to chat with her, too. My daughter went from "I don't want to be here" to an in-depth discussion of her favorite types of cupcakes, where she goes to school, and what her dog's name is. 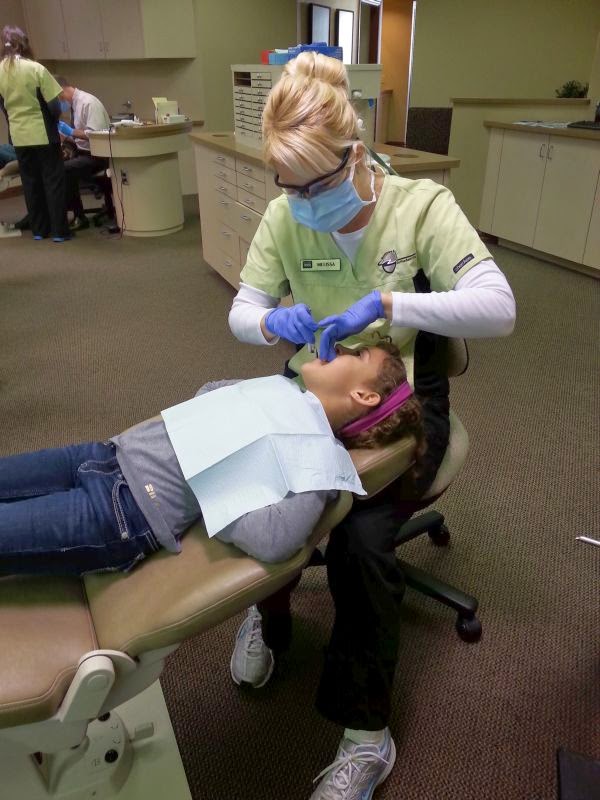 Getting the expander fitted was quite the process. The technician lady worked on it and then the orthodontist came over and finished the installation. A started to cry. I don't think she was in pain; I think it was more a matter of having so much stuff in her mouth. The expander had to be cemented to her teeth. In order to protect her mouth from all the goings-on, there were shields stuck inside both cheeks. And then, to top if off, there was at least one instrument and one set of fingers in her mouth at any given time.  I think she was just overwhelmed and uncomfortable. Eventually, the job was done.

While her dad and I waited, we looked at the shelves that held the molds for at least a hundred other patients. As bad as our kid's teeth are, we found it oddly comforting to see that other people's kids were worse off. I mean, we are talking about some jacked up toofers here. Every few seconds my husband would whisper, "Holy cow! Look at that one!"

The last step was for the technician to show us how to turn the key. As it turns out, my friend's daughter's palate expander looks completely different from what my kid has. I guess they must do the job equally well, though. A's is an acrylic job that is molded to the roof of her mouth. There are two halves, joined by three metal "bars" in the middle. Each day, we have to shove a key in there and turn it.  This forces the two halves of the expander apart. This process will continue for six weeks until, in theory, the top jaw is wider than it was before. The expander actually stays in her mouth for six months because it takes a while for the bone to fill in (into the gap created from pulling the top jaw apart). Then we get into head gear and braces and stuff.

By the time we left, the kid was almost smiling. She was rewarded with a "good job!" from the orthodontist. Her dad and I, in turn, were rewarded with a coupon book for the payments, which they handed to us on our way out. Yay! 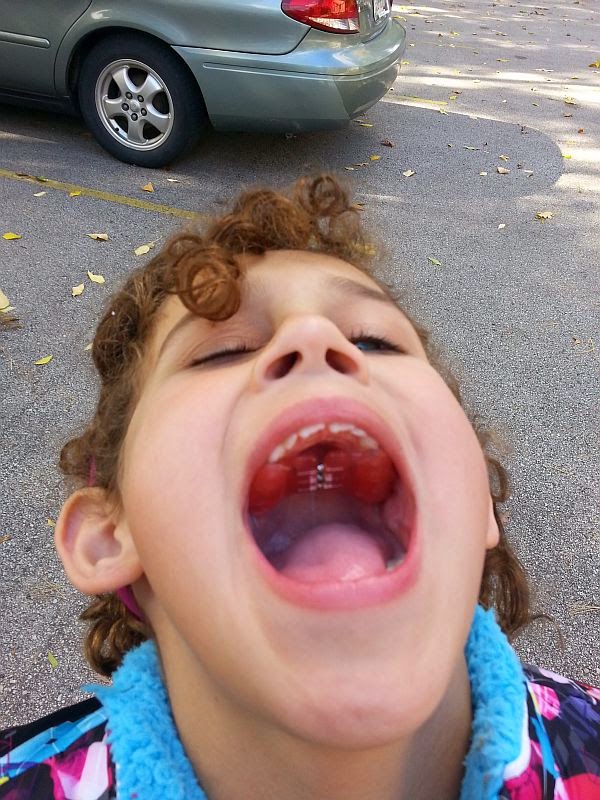 I went back to work and P promptly took the kid to Taco Bell.  He took the afternoon off so that he could keep her at home - we weren't sure how she would feel after her appointment so we made arrangements for her not to go back to school. Anyway, he bought her a cheesy roll-up and within seconds, cheese was stuck all over the new apparatus. Yes, I know what you're thinking and I wondered about his decision-making skills as well. I stopped at the grocery store after work and picked up some yogurt, pudding, and ice cream.

So, all is well for the moment. We aren't looking forward to the key and the turning and all the saltwater rinses (you have to shoot water up under the expander so it doesn't get all nasty up in there). I was worried that the kid's speech would be so bad that we wouldn't be able to understand her. She's actually doing pretty well in that department. God knows that for for this kid, not being able to talk to people is just about the worst thing that could happen to her.

Beth said…
Braces are ahead of us, too, but not 'til middle school. As if the smallest boy in the class, who is also both gifted and learning disabled doesn't already have enough stuff for other middle schoolers to make fun of, right?

And every time you note A's chatterbox trait, I think that our kids must be related somehow!