August 13, 2013
I took my daughter to the doctor yesterday for a wellness exam.  She turned eight a few months ago so I should have taken her in then. However, her old doctor didn't recommend annual visits so I guess I had it my head that we didn't need to go this year. The new doctor does want to see kids annually, so I booked an appointment. Also, I have enrolled the kid in a new daycare for the fall and needed to have a medical form signed for that.

Her exam went well. Breaking news: she's short! Previously she was in the 10th percentile for height; she is now in the 5th. The doctor said he'd only be alarmed if I told him that both birthparents are extremely tall, which they're not. As long as she keeps growing, there is no cause for concern. She is 47 1/4 inches. As long as she hits 48 and can ride roller coasters at some point, I think she'll be happy.

As we were leaving the doctor's office,  the nurse gave me summary document that lists normal development for an eight-year-old.

Physical Development:
Emotional Development:
Social Development:
A new development (not on the list): lying. She spent much of the summer in a day camp program, where she spends time with some older girls. They taught her some hand-clap games and they braid her hair sometimes. But, there have been less rosy moments, too. One kid told my daughter that her hair looks like an afro (and it was not meant as a compliment). A keeps trying to smuggle stuff to camp . . . stuff she thinks will impress the older girls. The other day she smuggled some money (to buy snacks) and then lied about what she had in her bag. So far it's just little stuff but I have to say I am not a fan of the lying.

I should add that there are some very definite benefits to having an eight-year-old.  She's very smart and "gets" jokes. I can basically carry on a conversation with her the same as I could with an adult. At restaurants, she can find and walk to the bathroom by herself.  She can help out with errands. She helps me to remember stuff (such as, "We're parked on level 3-B - remember that!").

Last weekend she and I attended an event for the rescue and decided to get a hotel room and stay overnight. We had a lot of fun. We went to a farmers' market and a children's museum. The hotel room had a king-sized bed.  So, naturally, she slid allllll the way across the mattress so that she could kick me in her sleep.  Miss 5th percentile seems to get bigger at night or something. I'll leave you with a few photos from our weekend. 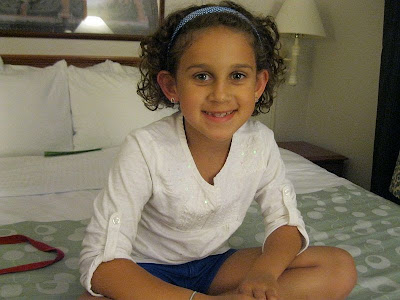 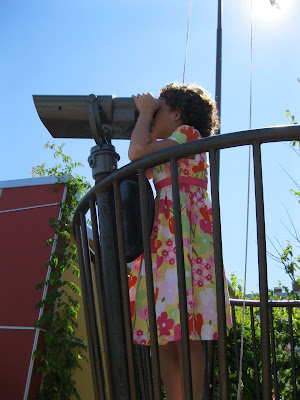 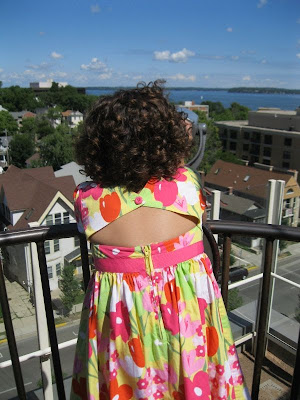 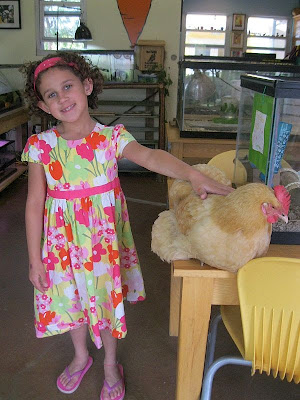 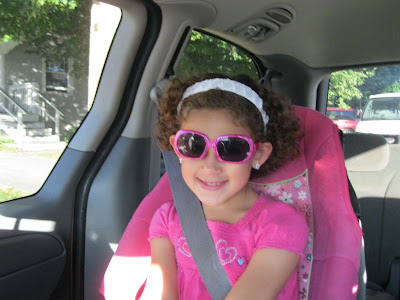