You can decide when you're older 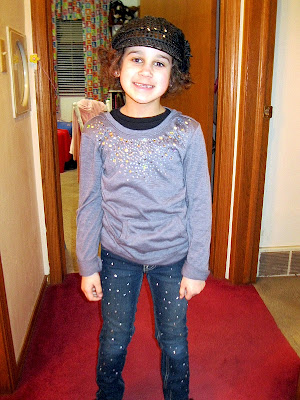 My husband took our daughter to a winter festival while I was out of town last weekend. One of the activities in which she participated was ice bowling.  After she bowled, she was allowed to pick a prize out of a bin. She chose a rubber rainbow wristband.  She chose it because it's colorful, of course. As a seven-year-old girl, she is contractually obligated to love rainbows, kittens, unicorns, Taylor Swift, and glitter. I noticed that the name of a local LGBT community foundation was stamped on the wristband. We talked about how the rainbow is often used as a symbol for equality and diversity.

In the past, we've talked about the fact that some boys like boys and some boys like girls. Same with girls. I've even mentioned to my daughter that when she grows up, she could marry a girl or a boy. She has been heavily steeped in Disney movies and can only picture marrying a prince, but hey, at least I floated the concept. I've seen far too many episodes of "Intervention" involving young adults who self-destruct as a direct result of parental rejection - they break my heart. If I manage to impart nothing else to my daughter, I want her to know that she'll never need to hide anything about herself from me. Even if she votes Republican or something harrowing like that. I will still love her with all my heart.

Although she will be free to choose any partner in life (or no partner at all), her orientation is not really a choice. I don't care what anyone says. Statistically speaking, the odds would seem to indicate that she will prefer to date a prince instead of a princess.  But still, I want her to know that she can do whatever she wants.

Other aspects of her life, however, will come about as a result of choices she will make. This is where I struggle a bit. I've told her that she will be able to choose:
I am trying to raise a free-thinker, but sometimes I'm not sure where the line between parental guidance and a hands-off philosophy really lies. Or should lie.  Richard Dawkins is adamant that a child of Muslim parents should be referred to exactly that way: "a child of Muslim parents."  Not "a Muslim child." He maintains that it's not right for parents to force a religion on a child. I can't really disagree with that. I take my daughter to church (Unitarian Universalist) every Sunday, but would I be a better mom if I gave her a chance to check out every type of church?

How can I expect my child to choose a religion/political party/food philosophy, etc. if I'm not exposing her to all of the options?  Do I just keep my fingers crossed that what she doesn't learn in school (or from her parents), real life will teach her in time?

I already know that she is bound and determined to learn every single lesson the hardest way. She can't take someone else's word for anything. "Stop doing that. You'll fall."  Keeps doing it. Falls. I provide consolation and bite my tongue.  So, part of me thinks that she will do her own thing no matter what I try to impart to her. And maybe that's the way it should be.

In the end, I guess it makes the most sense just to focus on raising her to be a kind, thoughtful, and generous person. I'll try to stick to that. You'll forgive me if I slip some Democratic party brochures into her backpack when she leaves for college, though.

Jenny said…
I've never commented before, just lurked. We seem to have similar beliefs and values about many things. As a newish parent of an 18 mo daughter, I often ponder how I will find the line between parental guidance and allowing her to find her own way. She's young, but already has made it clear she'll learn in her own time and forcing any issue is not worth the energy. I appreciate your honesty, thank you for sharing.
February 4, 2013 at 9:43 AM